What humans can learn from Netflix creativity 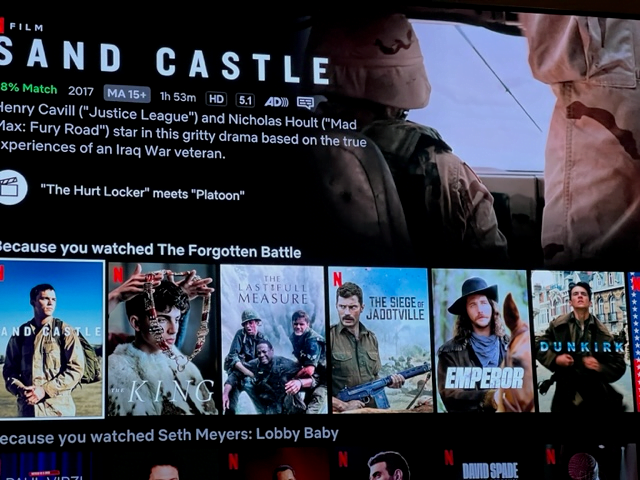 The logic to date has been what can AI learn about human creativity.

But what if we switched this?

What can humans learn from the creativity used by Netflix?

Quite a lot as it turns out.

I recently watched a war movie on Netflix (Sand Castle) and at the end came the usual suggestions of – if you like this movie then you might consider a range of similar ones.

This is using creativity based on association.

Netflix algorithms have made some relevant suggestions based on similar war themes.

Humans can learn from this by using associative thinking.

When someone in the team suggests a new idea or solution a powerful creative thinking strategy is to make associations.

For example, if the problem was how to accelerate our customer service, you might suggest timing every activity of the customer journey then you can see where the hold ups were.

Now an associated thinking approach might be to study situations where solving a problem in a time critical manner is vital. This might lead you to study an emergency department at a hospital or say a pit crew changing tyres in a formula one race.

The Netflix Algorithm is using two known movies to describe a new one.

So the second method of enhancing human creativity is to always look for connections.

This works particularly well when you connect different concepts.

For example, Car washing and Coffee.

Now you have a new business idea – a place where you can get your car washed and have a coffee.

It’s why with Switch Thinking the process is switch and connect.

The magical creative space is the gap between concepts or boxes.

Creativity is increasingly a Human and Artificial Intelligence capability.

Viewed in this way means that the learning can flow between both forms of intelligences.

Check out the 6 Switches Canvas. It’s simple, practical and free.